Known for his uncanny court vision, the 38-year-old NBA point guard is one of just 12 players to win the MVP award multiple times. His eye off the court is just as daring, through nine investments that are mostly sports-centric, including Liquid Nutrition (juice retailer), OneBode (supplements), the Vancouver Whitecaps Major League Soccer club and a string of gyms that bear his name.
“I want to build something special and be a part of exciting growth with different companies and at the same time not impact my kids’ chances of going to college,” says Nash. Dividends from his investments, along with traditional endorsements with the likes of Bridgestone, Dove and Sprint, generate $4 million annually for Nash—a sweet supplement to his NBA salary, which was $9.4 million this past season.
Courtesy of Forbes.com 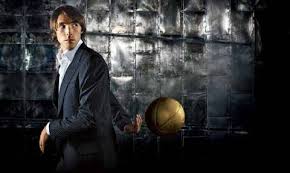