When The Simple Life first aired, Paris Hilton was quickly painted as a spoiled rich kid with seemingly little business acumen. That couldn’t be further from the truth. Since those early days of TSL, Paris Hilton has successfully created her own franchise, and corporation essentially, under her own name. Aside from music, movies, and modeling, Paris has dozens of product lines including shoes, handbags, perfume, clothing, shoes, sunglasses, stationary, bedding, pet products. When asked what she wishes to embody herself, the singer/actress responds: “Fashion, fun, excitement, and amazing products.”

Not only was she one of the first celebrities to launch the reality show era, but she also was the first to pioneer the celebrity-scent. Many celebrities have attached their name to perfume and cologne, like Britney Spears, Beyonce, Justin Bieber, Tim Mcgraw, Selena Gomez, David Beckham, Christina Aguilera, Jennifer Aniston, and others. Heck, even Snooki has a signature scent. But before everyone else jumped onto the idea, Paris Hilton was the one who started it all. To date, Paris Hilton has 17 fragrances. She has also taken a dip in real estate, music, fashion, and more. From Colombia to Saudia Arabia, Paris Hilton has over 45 stores in more than 40 countries around the world. Paris has also been asked to perform as a resident DJ at Amnesia Ibiza’s foam party, she’s been seeing lots of success and traveling the world pursuing her dream as a DJ. 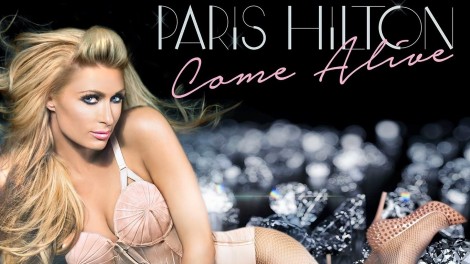 For those who think that she’s a spoiled woman who lives off her parents, it is quite the opposite in that Hilton has crafted her own empire. She’s involved in numerous steps along the way giving her own special touch, from choosing locations for stores, patterns for clothing, designing the stores, and more. And it’s good that Paris isn’t relying on inheritance anyway, because back around 2007 her grandfather Barron Hilton pledged 97% of his estate to the Conrad N. Hilton Foundation which sharply diminishes the inheritance to Paris, Nikki, and other family members. Hilton is one of the most successful women in the world, she pulls in tens of millions of dollars every single year. Hilton started growing her brand by building stores outside of the United States, her first one in North America is expected to open in Maui, Hawaii.
Clearly there is more to Paris than just her good looks. At 33-years-old the star is already worth well over $100 million. Paris gets between $25,000 and $100,000 just for a hosting fee to appear at parties and clubs. Hilton is a wildly successful entrepreneur, and what could be a better example for her fans. “Hard work and entrepreneurial drive is in the Hilton blood. We’re determined to do big things.” says Paris. She is really doing a great job to create and inspire true positive change in the world, she recognizes it in her ability to offer others employment (Feed/cloth themselves): “Even if I’m tired after a month of travel, I‘m going to get up and go because it’s not just about me. There are other people whose jobs depend on my getting to work. I think about the team in our Beverly Hills office, I think about the people we employ around the world. I love that I get to create employment opportunities for people all over the globe – that really motivates me.” Oh, she also opened up a beach club in the Philippines, leading us to wonder what could possible be next for the business bombshell. Hilton has also mentioned that after she has children (which she plans to do in the next couple of years) she will look toward creating children’s books and children’s clothing.
(courtesy of Sharingnewsdaily.com)