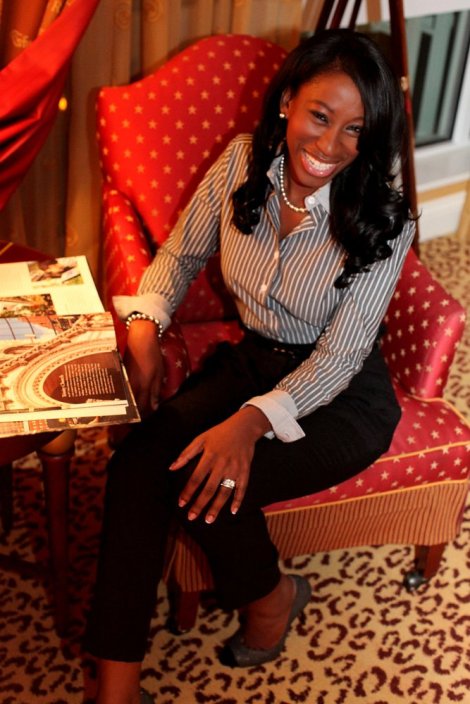 Saran Kaba Jones is a clean water advocate and social entrepreneur from Liberia. The daughter of Dr. Brahima D. Kaba, a career diplomat and public servant, she spent her formative years living in Cote d’Ivoire, Egypt, France and Cyprus as a result of her father’s diplomatic postings before moving to the United States in 1999 to attend college. FACE Africa was established and incorporated as a 501 (c)(3) organization in January 2009. In late 2009, the organization won a $10,000 grant from the Davis Project for Peace and completed its first clean water project in partnership with Clean Water for Kids. The project was implemented in Barnesville, Greater Monrovia and involved the installation of a water purification system, known by its trade name as the Skyhydrant, capable of producing up to 20,000 liters of drinking water per day. Approximately 300 people benefited from the project.

Since 2009, FACE Africa has raised over $250,000 for clean water projects in Liberia with support from partners like the Voss Foundation, JP Morgan Chase Community Giving, P&G’s Covergirl, The Global Neighborhood Fund, Chevron and The Segal Family Foundation. The organization has implemented over a dozen projects that have benefit more than 10,000 residents.

In January 2013, FACE Africa launched an ambitious new initiative to provide complete water coverage to the entire county of River Cess, one of the most marginalized regions in Liberia, under-served in water and sanitation and least likely to be served through the efforts of government and other agencies. The initiative, known as County-by-County or CbC, intends to build 250 water points over a 3 to 5 year period and will address the county’s challenge in meeting the Millennium Development Goal for water by 2017. Once completed, CbC will benefit over 60,000 residents, and will ensure that River Cess meets the Liberian Government’s 250 persons per safe waterpoint standard.

In recognition of her commitment to clean water initiatives in Liberia, Saran was appointed International Goodwill Ambassador for the county of River Cess, Liberia in 2012. In her role as Goodwill Ambassador, she is tasked with encouraging and promoting business and philanthropic investments throughout the county. 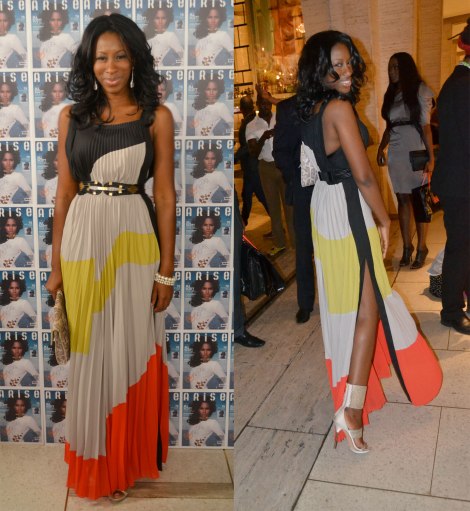 A firm believer in the private sector as the best possible option for sustainable social and economic change in Liberia, Saran recently co-founded the Monrovia-based company, Empire Group, to create businesses in the areas of small-scale manufacturing, agriculture, and hospitality. In January 2013, the company broke ground on a 4 bedroom guest-house in River Cess County. The project is expected to be completed in late 2013 and will serve as the only formal guest-house in the county.

In 2013, Saran was listed by the Guardian UK as one of Africa’s 25 Top Women Achievers alongside President Joyce Banda of Malawi and Nobel Laureate Leymah Gbowee. She was also named a 2013 World Economic Forum Young Global Leader along with 198 young leaders from 70 countries. YGLs are honored by the World Economic Forum for their professional accomplishments and commitment to society.

In 2012, Saran received the Longines/ Town&Country “Women Who Make A Difference’ Award for her work with FACE Africa. Earlier that year, she was listed by Black Enterprise as one of 10 International Women of Power to Watch and by the Daily Muse as one of 12 Women to Watch. In 2011, she received the Applause Africa “Person of the Year” award and was the Voss Foundation’s Women Helping Women Honoree. She was also a Huffington Post “Greatest Person of the Day,” and listed as one of Forbes Magazine’s 20 Youngest Power Women In Africa. Her work with FACE Africa has been profiled in the Boston Globe, CNN Inside Africa, Harper’s Bazaar Arabia, ARISE Magazine, BBC Focus on Africa Magazine, Town&Country Magazine,[7][8] New African Woman Magazine and InStyle Magazine.