Robert Allen “Bob” Iger  is an businessman and the current chairman and chief executive officer of The Walt Disney Company. He was named president of Disney in 2000, and later succeeded Michael Eisner as chief executive in 2005, after a successful effort by Roy E. Disney to shake-up the management of the company.  Iger oversaw the acquisition of Pixar Animation Studios in 2006, following a period of strained relations with the animation studio. He also led the company to acquire Marvel Entertainment in 2009 and Lucasfilm in 2012, further broadening Disney’s intellectual property franchises.

Rob E Disney issued this statement about Iger, “Animation has always been the heart and soul of The Walt Disney Company and it is wonderful to see Bob Iger and the company embraces that heritage by bringing the outstanding animation talent of the Pixar team back into the fold. This clearly solidifies the Walt Disney Company’s position as the dominant leader in motion picture animation and we applaud and support Bob Iger’s vision.” 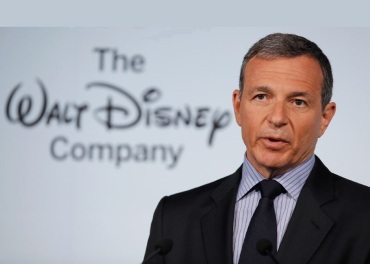