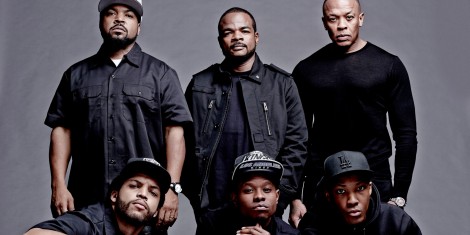 We know Ice Cube (O’Shea Jackson) for so many thing like his legendary rap career, his acting skills in so many classic movie, being a full on director + writer of some of the best funniest films to hit the theatres. Ice Cube used his popularity as a successful rapper to open many door. He was a part of the super west coast group NWA, straight from Compton, California. NWA were influential in the creation of gangster rap music with of course the legendary Ice T. The group consist of legendary producer Dr.Dre, Mc Ren, Yella, Eazy E and Ice Cube himself. From their controversial lyrics and self made attitudes they change the outlook on hip hop music as a whole, especially from the west coast.

On August 14, 2015 the official movie about the trials and tribulations of the NWA group as a whole will be released with the title “Straight Outta Compton” directed by F Gary Gray. Ice Cube son O’Shea Jackson jr. will be playing him in the movie which will be a huge role to fill and could be a make or break chance to become a stunning actor. We will have to wait an see how this movie plays out. “Straight Outta Compton” is being said by critics to be a one of a kind smash hit and a must see. Please go out an support the movie on august 14th.