{Photos Courtesy of Anthony Geathers}
One of the prominent young entrepreneurs in the 30 and under range is Angela Simmons. She comes from a household of entrepreneurs, entertainers, thinkers and motivators like her uncle Russell Simmons and her father Joseph “Run” Simmons of the legendary group RUN-DMC. Simmons has done a lot in her 27 years from starting out creating a fashion/music mini magazine, being co-owners of Pastry – a sneaker and fashion line, a philanthropist and much more. She is addicted to being health conscious because she loves to work out daily and stay in physical shape 360 degrees. 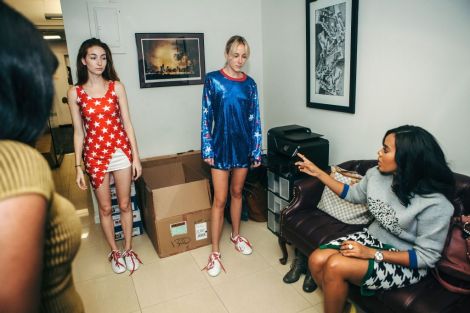 Simmons loves to keep positive people around her at all times which she feels has helped her make the best decisions in her life so far. She a true philanthropist at a young age as well and a dedicated role model for young women growing up. Her love for fashion has been noticed by so many from east to west coast now she is doing a collaboration with the Harlem Globetrotters for their 90th anniversary. Simmons will design some female looks and a couple of men athletic designs for this collection. She is truly an inspiration to young entrepreneur globally by using her talents, inspirations and ambition to do more for herself.