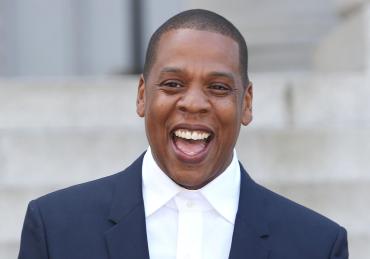 Shawn “Jay Z” Carter doesn’t seem to amaze us with his major business moves to build his empire stronger each year. From a superstar hip hop rapper from the gritty streets of bed-stuy brooklyn to mega entrepreneur mogul of Roc Nation, he has been playing chess not checkers in the business world. Jay Z’s name has been circulated in mega circles of business deals from  signing NBA superstar Kevin Durant, being at the dinner table with President Obama at the white house to now locking in a 2 year partnership to produce television and film projects with The Weinstein Company. Jay Z has already been in the background of the movie circuit on films like the remake of  “Annie”,  “Top 5” featuring Chris Rock and the hit “The Great Gasby”. He has brought his hustle and creative mind to the big screen with this partnership that everyone involved is very excited about. We can’t wait to see what the first release will be and when. Lets support the mega business mogul Shawn ” Jay Z’ Carter.