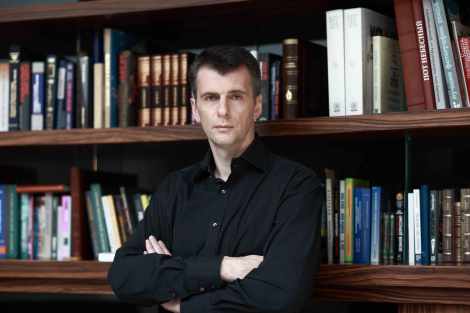 Occupation: Chairman of Polyus Gold, Owner of New Jersey Nets
Mikhail Prokhorov is 32nd richest person on earth according to Forbes and is also known as “Most handsome Billionaire”, “Most eligible bachelor in world”, “Face of new Russia”. As a 6ft 8in tall elegant man who also happens to be second most rich Russian he is certainly one of the most desired men, but he is still a bachelor and said once, he hasn’t found a woman who can cook well enough to marry. He is a self made billionaire who created his fortunes during troubled early 90’s Russia, given his business acumen as even in his first business of stone wash jeans he made $ 14 on per $ 1 invested, which may be one of highest profit making ratio in a non monopolized industry. Unlike his fellow oligarchs he is one of most academically sound and politically correct businessman, thanks to his family environment and scholarly parents.

He is a man who was known for his austerity till 2005 and for his lifestyle since then. He now owns a beautiful island in Seychelles, Indian ocean and two corporate jets . He also owns two luxury Yachts and doesn’t even keep their track as he iconically said once, “If you know how rich you are, you are not a billionaire.” He is a sports fan and owns several sporting ventures. He owns CSKA Moscow basketball team and since his takeover team has done wonders in all the championships, winning the European championships twice while reaching the final four in each of the last seven seasons. He also owns a part in CSKA Moscow hockey and football clubs, and is a member of the Supreme Council of the Sport Russia organisation.

His most defining sports moment was perhaps the purchase of NBA team New Jersey Nets, which made him the first owner of an American NBA Club. Despite his success, he had his share of controversies as well when he was detained for charges of pimping at a new year party hosted for his friends in his chalet in French Alps. He was acquitted 4 days later though. He has since been in news for his controversy regarding lost deposit over Villa Leopold in France. But other than those, Mikhail Prokhorov has achieved so much in this young age which can make anyone envious. He knows how to spend his money and live with style despite not being a desperate spendthrift like few of his fellow oligarchs. Regarding his fitness he once said, “On weekends I train for 4-5 hours. On holidays for 4-6 hours, this is my routine daily training.” which reflects his hard work and his dedication for fitness and also partly explains apart from his height why he is the only billionaire who can Slam Dunk a Basketball like “Michael Jordan”. He has plans to make it big in Russian Politics now, and is likely to contest the next general election most likely for the post of Prime Minister